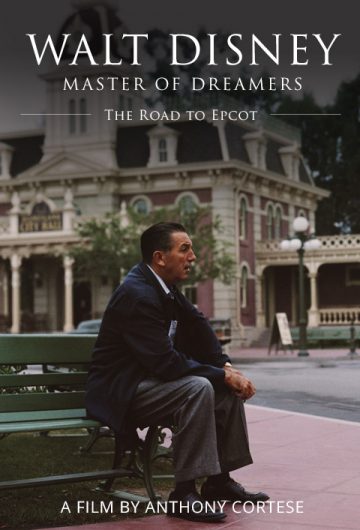 THE DIRECTOR WILL BE PRESENT

Winner of Best Documentary and Grand Jury Prize at the 2019 Orlando Film Festival in Orlando Florida USA,  this feature length documentary takes us through Walt Disney’s epic journey after Disneyland to the 1964-65 New York World’s Fair through the opening of E.P.C.O.T. and Walt Disney World in Florida.

The 1964 New York World’s Fair was the most important stepping stone that Walt Disney took in paving the way for the future of the Disney Parks. It would be the first time East Coast audiences got a chance to see Disney shows and attractions that had become legendary at Disneyland in California.

What the world didn’t know, was that Walt Disney had been secretly buying up parcels of land in Central Florida accumulating property twice the size of Manhattan.  He was planning his biggest idea yet… Walt Disney World.  At the epicenter of this “Florida Project” would be E.P.C.O.T. , a real life utopian progress city of the future that would change the world forever.
We know that Walt Disney’s E.P.C.O.T.  was never realized, but how did Walt’s team of Imagineers land on the E.P.C.O.T. that was ultimately built and what did it take to develop 27,000 acres of Florida swampland into the resort destination we know today.
​
Never before has this story been told so thoroughly and accurately by Walt Disney’s closest confidants who walked beside him each step of the way.  Supporting insight by some of the industry’s leading experts, provides a unique look at the pivotal milestones that unfolded through the journey and how Walt Disney’s unique leadership style was paramount in inspiring his team of imagineers to work tirelessly after their leader and mentor’s untimely death to complete what would be the largest construction project the world had ever seen!